"Discover the Secrets Few Will Ever Know..."

Apply Some of The Information You Find Here And Discover How To Effortlessly Transition From Confrontation, To Defense Against Attack, To Taking Out Your Attacker In A Blinding Blur Of Smooth Natural Motion That Can't Be Countered - Without Even Breaking A Sweat Just Like This Guy...

Reality paints a grim picture of America. Violent crime IS on the rise and there is a dark future ahead for our nation. The economy, despite appearances to the contrary, is headed straight down the toilet. Our legal system practically nurtures criminality and our national borders have been busted wide open allowing illegal drugs, weapons and violent criminals to flood into our country daily. This is causing devastating demographic shifts that will accelerate the deterioration of our way of life and transform the American Dream into a nasty nightmare! Unfortunately, this makes the odds of you becoming a victim of a violent criminal worse each day!

The Police Will Not Protect You!
The Police cannot protect you and have no legally liability for failing to protect individual citizens. You can verify this for yourself...
See "Warren v. District of Columbia Metropolitan Police Dept.,444 A.2d 1(D.C. App. 1981), the courts stated: Courts have without exception concluded that when a municipality or other governmental entity undertakes to furnish police services, it assumes a duty only to the public at large and not to individual members of the community"
So What Does This Mean For You?

It means you must take responsibility for your self-defense and the defense of your loved ones ASAP!

What Will You Do To Protect Yourself?
Man Beaten At Gas Station
Gang Of Girls Beat Man On Subway Car
Vicious Attack At McDonald's
Punched at the Pizza Parlor
Seen Enough Yet?

OK, so what are you going to do to prevent yourself from ending up like the poor victims in those videos? Maybe you're thinking that you don't need to bother to learn self-defense because you will just avoid troublesome situations. Well, that's actually a great idea, but sometimes "trouble" just has a way finding you no matter how hard you try to avoid it and when it does, you better know how to defend yourself!

Maybe you think you don't need to learn unarmed self-defense because you can get some high-tech self-defense gadget like Pepper Spray or a Stun Gun/Taser. 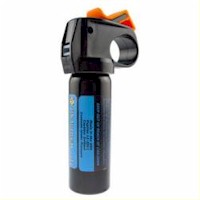 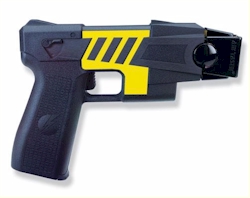 Non-lethal Self-defense devices such as Pepper Spray and Stun Guns are effective if used properly under the right conditions. For this reason they have become standard issue with many police departments and security firms across the nation. However, there are disadvantages and limitations of which you must be aware:

That was a very frightening video wasn't it? That guard would have been beaten to death by a single unarmed man, despite using Pepper Spray, if he did not have help. Think about that for a moment! Now watch this video...

The cop was able to take a clear close range shot at that thug with his taser! However, the taser did not work and the thug proceeded to beat the cop to a pulp. The cop sustained bite wounds to the face and had his head bashed into the pavement multiple times according to news reports. He may have been beaten to death or killed with his own gun if it were not for the assistance of another officer - happens more often than you think!!!

Cops Shot With Their Own Gun! 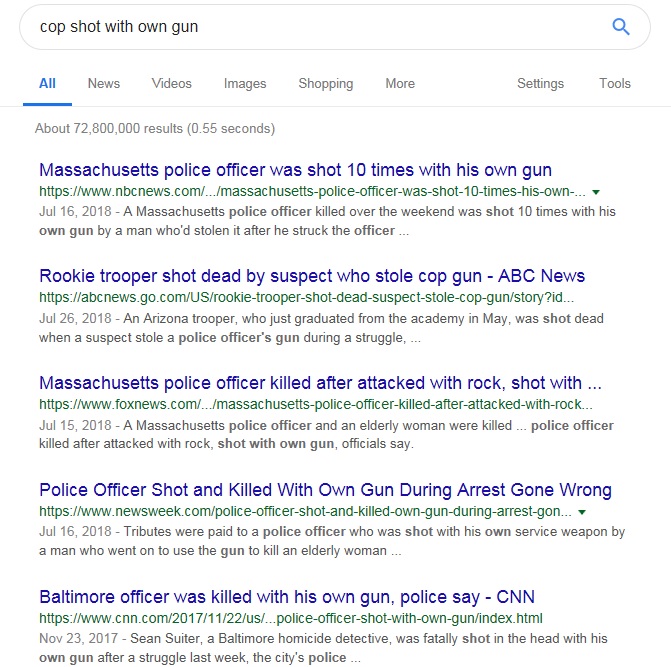 OK, maybe by now I have convinced you need to know how to defend yourself and you're thinking that you can learn by enrolling in a Martial Arts school at the nearest strip mall. Well, you better think again!

Most "Martial Art" Schools Are An Utter Joke!

The so-called self-defense systems taught in the vast majority of Martial Arts schools are pure garbage. I am speaking from personal experience here and have a special term for self-defense schools that are constantly popping up in strip malls and store storefronts. I call them kick-a-robics schools! They sure will teach you how to kick and acquire superb cardio-fitness but you won't learn a damned thing about reality-based street fighting. These kick-a-robics schools have done a great disservice to the Martial Arts.

Many legitimate methods of self-defense have become watered down into sports/fitness regimines and others simply became hobbies and cultural pastimes. Worse still, some have become so diluted that they have been transformed complete theoretical nonsense without an ounce of practical application in the real world.

I Wasted Too Many Years In The Kick-A-Robics Schools!

I have wasted almost 10 years in a couple of those kick-a-robics type self-defense schools only to end up getting my butt kicked one day in a real life street confrontation. That ego-bruising event inspired me to learn how to really fight and I became an avid practitioner of brutal streetwise mixed martial arts long before the ground-breaking Ultimate Fighting Championship competitions popularized reality-based martial art training.

I created this site so that you don't make the same mistake I did. You can't afford to waste years of your life and your hard earned money for a false sense of security and a collection of pretty colored belts and fancy uniforms. If you seriously want to protect yourself from ever growing throngs for sociopathic criminal predators, you must...

The self-defense information revealed in my newsletter separate PROVEN FACTS from THEORETICAL B.S. to give you the best possible instruction on tried and true legitimate self-defense methods that were designed to adhere to the following principles...

Because these methods don't rely on size, weight or raw physical strength, anyone can develop the confidence, aggressiveness, and the will to fight regardless of age, sex or physical condition. Anyone who learns these authentic and effective self-defense methods becomes dangerous almost instantaneously!

Do you think the self-defense claims that I've made so far are an exaggeration or sound too good to be true?

This Is What You Can Do With The Right Training!

Are You Ready to Become Dangerous?
Subscribe to Free My Newsletter Now!

Thank you for giving me the opportunity share this life saving information with you today!

To Your Defense,
Len Keis

P.S.
Failing to take action will do nothing to help you survive a violent attack! The information I have share in my FREE newsletter alone is more than enough to dramatically change the odds in your favor when confronted by a violent criminal!